Rich Ricci enjoyed the sort of day most racehorse owners would dream of when winning two races on the opening day of the Cheltenham Festival.

True, there was the unfortunate last-flight fall of Annie Power which denied Ricci a treble, but owning two winners on the same day of the Festival is a memorable achievement.

And, while it may not have quite been on a par with the Gigginstown House Stud’s four winners on the last day of the 2014 Festival, there was more of an awe to the horses carrying Ricci’s colours due to the outstanding nature of their performance.

The Supreme Novices’ Hurdle, which gets the Festival underway, is a race which Ricci had won in 2013 and 2014 with Champagne Fever and Vautour respectively. But his Douvan, also trained by Willie Mullins and ridden by Ruby Walsh, was considered to be a cut above those two and was sent off a warm favourite.

He had been impressive in two runs for Mullins prior to Cheltenham, but his price was probably more reflective of reputation than achievement due to the high regard in which he is held by connections. That opinion was more than justified as Douvan travelled like a dream before moving ominously to the front after turning for home and then powering up the hill.

In the Champion Hurdle, Ricci’s Faugheen had similar questions to answer, despite being a hot favourite. He headed into the race a Festival winner 12 months earlier and he was unbeaten in his career. He could also have not been more impressive in his two races prior to the Festival, but the question was whether he would be able to be as similarly ruthless against proven Grade One opposition he had never previously met.

The answer was an emphatic yes. Given a tremendously well-judged ride by Walsh from the front, Faugheen led the field a merry dance at a tempo he wanted. A mistake at the second last only seemed to focus Faugheen even more and there was something breathtaking about the way he put a few lengths between himself and his rivals turning for home. Former Champion Hurdle winners Hurricane Fly and Jezki were left trailing in his wake as Faugheen provided Ricci with his first win in a championship race at Cheltenham.

Ricci should have been celebrating a treble in the next race when Annie Power cruised to the front in the Mares’ Hurdle, only to take off too soon at the last and come crashing to the turf. The Cheltenham betting news was dominated by that fall as it was a major upset as part of a Mullins accumulator which also included the Arkle winner Un De Sceaux. But, more importantly, Annie Power emerged unscathed and will battle on another day.

Ricci has big chances all week, but his hopes of winning another championship race were dashed when Champagne Fever – already a two-time Festival winner – was a late withdrawal from the Queen Mother Champion Chase due to injury.

Of course, there is always something to savour when an underdog claims one of racing’s top prizes, but the big owners should also be celebrated when they enjoy a major achievement, especially with horses as exciting as Douvan and Faugheen. 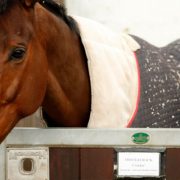